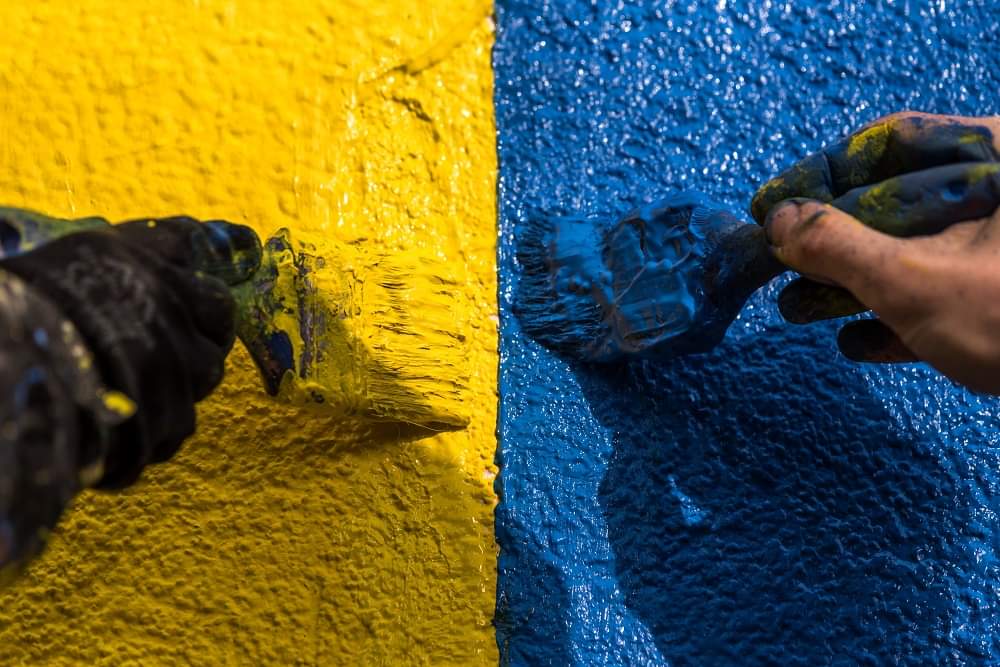 What is his surname exactly?

Over the last few weeks, we have learned a lot about the life and work of the Ukrainian president. But people are still unsure of how to write Volodymyr’s last name. There has been a lot of confusion over the spelling, both in English and in Croatian. I will start with the English and cover the Croatian spelling later on.

All the different spellings…

Some of the common transliterated versions of the Ukrainian name Зеленський include Zelensky, Zelenskyi, Zelenskiy, and Zelenskyy.

First, it is important to emphasize that the spelling of the president’s name is not highly politicized, unlike the names of Ukrainian towns and cities.

A quick look online reveals that the official transliteration preferred by the President himself and printed in his passport is Zelenskyy. He may have chosen this to distance himself from the “more Russian” spelling “Zelenskiy”.

The phonetic and grammatical aspects in brief

While I respect everyone’s right to write their name as they wish, it is important to dive into linguistic (or rather phonetic) arguments and check whether the “yy” spelling is necessary and justified. If we look at the transcription of Зеленський, we can see that it reads as [zeˈlɛnʲsʲkɪj].

The Ukrainian и does not read as the English “i” sounds in the word “machine”. It corresponds to the Russian yery sound that is placed towards the back of the mouth (take, for example, the pronunciation of the Polish word “ryba”). The second “y” (or the Cyrillic й) reads like the “j” sound in the English word “yellow”.

Morphologically, the “ий” ending suggests the word is an adjective in its definite form.

For an English speaker, both the pronunciation and the grammatical aspect (English rarely uses inflected forms) are irrelevant. Therefore, I completely concur with the succinct version “Zelensky” used by the BBC journalists. Back in 2019 the president’s press secretary, Iuliia Mendel, tweeted the short version does not offend Zelensky, so go ahead.

Key takeaway: write the short and simple form Zelensky (because there is no need for anything else, unless you want to use the official transliteration, which is not necessarily linguistically justified)

Is the situation even more complex with Croatian?

Because Croatian is a Slavic language, you may think that the situation would be more straightforward. This should be the case, but then globalization strangely comes into play. Some journalists who want to show their support for Ukraine have started blindly copying the English “Zelenskyy” as “Zelenskij”. The “ий” is indeed transliterated as “ij”, but this would be a good way of transcribing the surname without adapting it to Croatian’s entire grammatical and phonological system.

The adjective’s definite form is also visible in Croatian. You can see this in the phrase hrvatskī jezik (Croatian language) with a long vowel (which answers the question koji?). On the contrary, the adverbial form (which answers the question kako?): “Govorim hrvatski” has a short vowel. The average speaker cannot hear the difference between the two forms, nor is it visible in writing.

The “ий” comparison is like the Czech endings -skī / -ský, or the Polish -ski, which does not have a long vowel, so they simply eliminated the difference.

Last, there is the argument of the inflection. If we wrote “Zelenskij”, then the inflected forms would be “Zelenskijeg” and “Zelenskijem”, which are both awkward to the average Croatian speaker’s ear. In addition, they do not follow the analogy of other surnames that read the same [tɕɪjˈkofskʲɪj]:

The Croatian national broadcaster HRT and the two biggest newspapers in Croatia, Jutarnji list and Večernji list, use the short and adapted spelling of Zelenski. However, the news portal Index.hr, known for its often sensationalist pieces, uses the form “Zelenskij”. This is probably both because of the perceived (!) political statement and their copying the English transliteration “Zelenskyy”.

Key takeaway: write the adapted version Zelenski (the transliteration Zelenskij has no distinctive function and cannot be inflected)